Biomedical Research and the Problem with Male-Centric Medicine 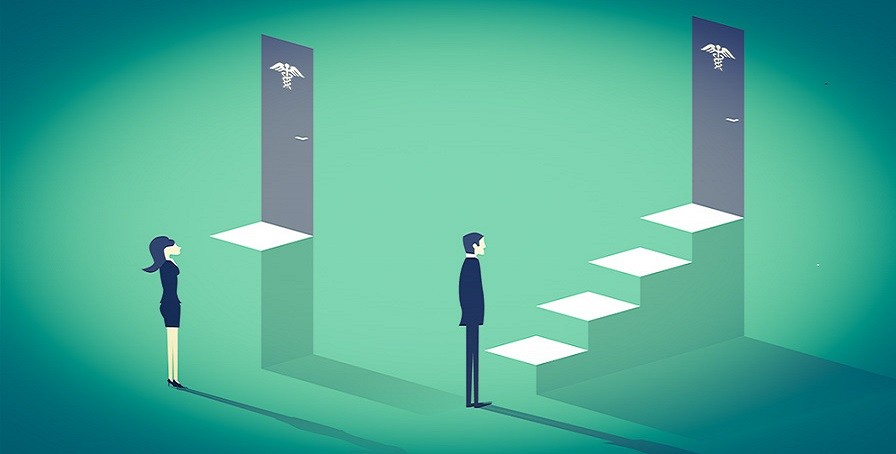 You wouldn’t buy bread from a baker who only sold to males, and you wouldn’t work for a company that only hired males.
But take medication that was only ever tested on males? You probably do it all the time.
You are likely aware that every drug goes through an extensive process of testing, including pre-clinical testing on animals very early on in the process. Successful results here allow the drug to move through Phase I, Phase II, and Phase III trials, and eventually all of the testing data is submitted, and the drug might make it to market.
Yet you might be surprised to learn that the vast majority of that original pre-clinical testing is conducted exclusively on male mammals.
Why not females? As Dr. Rebecca Shansky, a neuroscientist at Northeastern University, told The New York Times, “When you come up in the academic and science world, it’s like, ‘Oh no, females are so complicated, so we just don’t study them.’”
Survey studies of scientific research tend to support Dr. Shansky’s conclusions. Publishing in Nature, Pierluca Coiro and Daniela Pollak found that, between 2016 and 2018, testing in maternal immune activation studies was nearly nine times more likely to involve all male populations (42.9% of all studies) than all female populations (just 4.8% of all studies). While a little more than a third of the studies (37.1%) were conducted on both male and female populations, the difference remains stark.

The Impact of Sex Bias in Drug Testing on Women

You might be thinking that it isn’t all that important whether an in vivo pre-clinical trial is conducted on a male animal or a female animal. After all, with at least three and sometimes even more stages of human testing to follow, how great can the impact of mouse, rat, or dog gender possibly be?
The answer is that this gender bias early in the process can turn out to be significant.
In 2013 the US Food and Drug Administration (FDA) officially cut the recommended dosage of the sleep medication Ambien (zolpidem) in half for women. Women, it turned out, metabolized the drug differently to men and were more at risk of feeling drowsy the morning after taking the pill to sleep and far more likely to become involved in a car accident than a male taking the same dose.
To be clear, this difference in metabolizing the drug was not related to the relative size of women in comparison to men. As the Yale School of Medicine reported, “subsequent research has shown that even after controlling for weight, quantitative measures of reduced perceptual processing and reaction time were worse for women than men.”
As The Guardian would report, Ambien had only ever been tested on male mice in pre-clinical trials and then, later, only on men in clinical trials. Women would suffer the effects of these male-biased trials, and while the FDA did eventually act it was slow to do so.
And that 2013 recommendation? It came 21 years after Ambien was approved for sale.

Ambien is one example of this gender bias in effect among many others.
Take Alzheimer’s disease, for one. Alzheimer’s is known to impact women at twice the rate that it impacts men, yet research presented at the Alzheimer's Disease International’s annual conference suggested that “Alzheimer's and dementia research is being conducted on male mice only”.
Or take cardiovascular disease. Despite being a leading cause of death for both men and women, conditions like coronary heart disease appear far earlier in men than in women. This difference has led to some researchers arguing strongly for animal and human trial designs to include both male and female populations, with the authors of one study concluding the difference between the genders was “profound” as they called for gender equality in research design.
The issue of gender bias in preclinical and clinical testing is now well known, and there are efforts afoot to address the problem and, in doing so, generate better outcomes for women.

At Inova we don’t conduct preclinical trials on animals, nor do we undertake clinical trials on human subjects.
But we do work with companies that conduct this sort of research every day.
Among our core values at Inova is a commitment to diversity and, with that diversity, a commitment to gender equality. We proudly state on our website that this diversity and equality leads to greater creativity, deeper insights, and better solutions.
I am sure – as so many scientists are increasingly sure – that a similar commitment to gender diverse trials and gender equality in preclinical and clinical studies will lead to deeper insights about diseases and how we treat them, and better therapeutic solutions tailored to the patient who needs it most.
While gender diverse board rooms and gender parity on electoral tickets might make the headlines, gender equality might just impact your world more when it’s finally achieved in the laboratory.

---
This article was originally published on LinkedIn on February 5th, 2020 by Gilles Toulemonde, CEO & Co-founder at Inova.

Welcome to our June newsletter! In our last webinar, we tackled alliance management best practices w...

2020: The Year to Invest in Customer Success

Remember that toy that you really wanted for Christmas as a kid? You spent all December bugging your...

Inova and BIO, in partnership with Evaluate, announce a new series of therapeutic-specific Virtual Partnering events for 2021

These events will bring together early-stage biotechs and reputed biopharma enabling focused meetin...