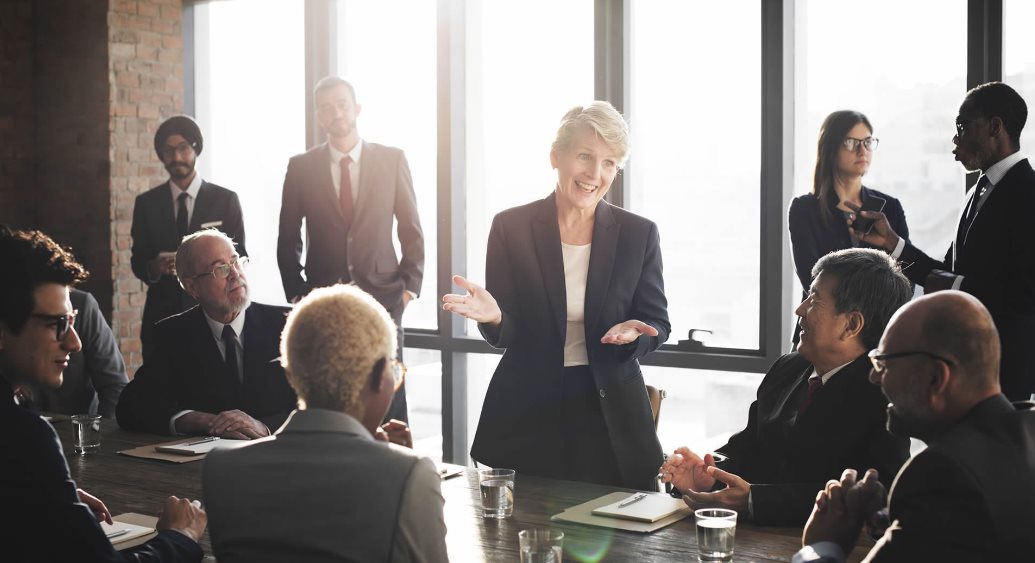 It wasn’t that long ago that the pharma giants were fierce competitors. Back then, conversations at industry conferences were highly guarded and tense given the omnipresent threat of industrial espionage. Then something changed … yes, The Bayh-Dole Act of 1980 was already in place to commercialize “idle discoveries” from academia, but big pharma had started making shifts. Some of those shifts included outsourcing, restructuring, exiting New Jersey and setting up shop in Boston and South San Francisco where some of the world’s best universities, biotechs and government labs were concentrated.

The evolution from competition to collaboration

BIO conducted a survey in 2004 and reported that ~50% of the major drug company’s research projects ongoing at that time were being executed as collaborations with biotechnology companies. The number of academic-industry collaborations more than doubled to 25,962 from 2012-2016. And over half of those partnerships were in the life sciences1.
In 2016, Deloitte published a report on the rate of return on late stage pipelines for the Top 12 pharma. The downward trend revealed an annual drop in ROI from 10.1% in 2010 to 3.7% in 2016. Clearly, not a sustainable trend.
In parallel, pharma collectively and openly acknowledged that it generally takes over a decade and around $2B to produce a new treatment. And 95% is considered to be the average (and acceptable) failure rate within R&D! These figures don’t even include the costs to market it during the limited window of time available to do so until their patents expire, and generics can be developed. Drug discovery is not for the faint of heart.
During the last decade, health advocacy groups, largely through the power of social media, have raised their collective voice. Pricing and early access to promising new therapies have become highly publicized and political issues. This has created a challenging external environment and further compounded the difficulties already inherent in drug discovery.
Developing new drugs and treatment is not easy, and it can no longer be done alone. Today, biopharma partnerships are the new standard. Various “flavors” such as open innovation pharmaceutical programs, active technology scouting, in- and out-licensing arrangements and co-location with fluid boundaries are increasingly commonplace. This paradigm shift from competitor to collaborator has been absolutely tectonic with pharmaceutical collaborations emerging as the new imperative.
Biopharma collaborations have been spurred by the growing need to overcome increasingly complex scientific and technological challenges, to gain operational efficiencies, to expand skills and tools as well as to secure early access to novel animal models, biomarkers, targets and the like2. Perhaps most importantly, pharma partnering is anchored in the shared vision of accelerating the development and delivery of innovative treatments to give patients access as soon as possible. Most would agree that the era of blockbuster drugs has come and gone and that the challenge and promise of personalized medicine now far exceeds the complexity of the drug development of the past. To this end, new arrangements from financial incentives to crowd-sourced discoveries are spawning biopharma partnerships which span industries, geographies and both the public plus private sectors.
Elias Zerhouni, MD, who recently retired as Sanofi’s president of global R&D, captured the sentiment behind biopharma collaboration with his statement, “Diseases like Alzheimer’s and diabetes are looming tsunamis. Deciphering them could not be done by any single organization … no one company can do it.”

The bulk of pharma collaborations are in the area of pre-competitive research, defined by Janet Woodcock as “science participated in collaboratively by those who ordinarily are commercial competitors”. In a nutshell, competition and complexity forces unexpected alliances. Shared facilities, sponsored research, geographically-defined co-marketing arrangements, consortium-based networks and open-source / crowd-sourced open innovation challenges are just some of the examples of constructs that enable today’s biopharma collaborations. Open innovation portals, ecosystems of partners or simply best practice partnering are just some of the many ways to collaborate for innovation. One thing that’s for sure, when it comes to biopharma partnering, the momentum is only getting stronger.
SHARED FACILITES: Discovery hubs and Centers of Excellence foster collaboration by offering a rich collection of physical, financial and intellectual benefits to all parties.

SPONSORED RESEARCH: There are now several discovery partnerships between academia and industry whereby the former trade access to the discovery of new treatment modalities for the drug discovery and development experience (and access) afforded by partnering with a global leader.

NETWORKS: This construct, according to Dr. Francis Collins, was formalized in May 2011 at an annual meeting of Pharma R&D heads. The general agreement was that it was a remarkable moment scientifically with deep new insights about the molecular basis of common diseases emerging from genomics and other strategies, but scientists were struggling to sift through the deluge of data. At that time, many companies were facing dry pipelines, expiring patents and unacceptably high failure rates for Phase II and III trials. The consensus was that there must be a better way (i.e. biopharma collaboration) to identify the right drug targets.

OPEN INNOVATION: Companies no longer subscribe to the theory that “the best ideas come from within”. To this end, there are numerous examples, almost too many to mention, of inside-outside thinking.

One of the earliest biopharma collaborations on record is Genentech – Eli Lilly with their shared effort in 1976-78 using recombinant DNA in bacteria to produce synthetic insulin at scale7. Since then, numerous private-public biopharma collaborations have been formalized as consortia such as the Innovative Medicines Initiative (IMI) and the Serious Adverse Events Consortium. In 2013, the IMI catalyzed drug discovery in Europe with its Euro Screening Center under the umbrella of its European Lead Factory. Output from the aforementioned AMP has already made significant advances in complex diseases like rheumatoid arthritis and lupus, with a recent report citing that their collaborations with patients has resulted in “…better trials, better engagement, better communication throughout the entire life cycle of medicines—and ultimately better patient outcomes”.
GSK and Novartis essentially swapped the former’s vaccine business for the latter’s oncology portfolio in 2015. Last year, Amgen and Novartis extended their pharma partnership in Alzheimer’s. Similarly, Eli Lilly and Merck continue to expand their pharma partnership in non-small cell lung cancer. Most recently, the biopharma collaboration between Janssen and the San Diego Supercomputer Center reduced discovery by almost four years conducting a data-intensive analysis in only six weeks8!

Thus far, the majority of partnerships have been anchored in the discovery and validation of biomarkers and tools. Most measure efficacy and toxicity. Limiting the scope of partnerships is a means of containing the competitive threat while simultaneously addressing the greatest need. GSK’s SVP of Alternative Discovery and Development, Lon Cardon, perhaps said it best when he was describing why big pharma seeks partnerships, “We were really struggling in trying to succeed on our own. We think the way to do this is to make it a team sport for these really difficult ones.”
The benefits of biopharma collaboration far outweigh the negatives around competition. These include: shared risk, reduced cost, greater utilization of unused IP, access to alternative sources of external funding and talent networks, more innovation and better transparency and trust with patients. Some of the less tangible but equally important softer benefits include access to accomplished researchers, advanced technology, career enhancement and higher quality publications.
On the flip side, there are challenges: the irreproducibility of some data originating from academia is one of the biggest hurdles9. A lack of standardization around data collection, annotation and sharing and logistics around tracking compounds can also be problematic to pharma partnerships. Assessing the value of a biopharma collaboration can be particularly sensitive and difficult, especially as doing so speaks to aligning goals and objectives which must be properly incentivized.
Collaborations are most effective when all partners have the same definition of success and clear goals to track progress. Additionally, steering committees are needed to oversee the research plans, govern the collaboration and ensure compliance. This is critical both for preventing problems and solving them when they occur. Building relationships, nailing the intellectual property rights and defining the objectives early on is critical. Staying in frequent contact with bilateral communication that flows freely is also essential. A dedicated effort to data reproducibility is required as is regular conversation to find a middle ground.
With an increasingly complex set of drug discovery challenges, a growing trend towards personalized treatments with an expectation that these ground-breaking discoveries be offered at low cost, biopharma collaboration is indeed, the new imperative and likely will be for decades to come.

Necessity is the mother of invention. That saying has proven true throughout all areas of life durin...

Open Innovation in Pharma: The Next Chapter

Open innovation did not come naturally to the pharma industry. While the consumer goods and manufact...